With a Two Day Tour you will have the opportunity to discover more sites in the Airborne Sector along with other historic places. 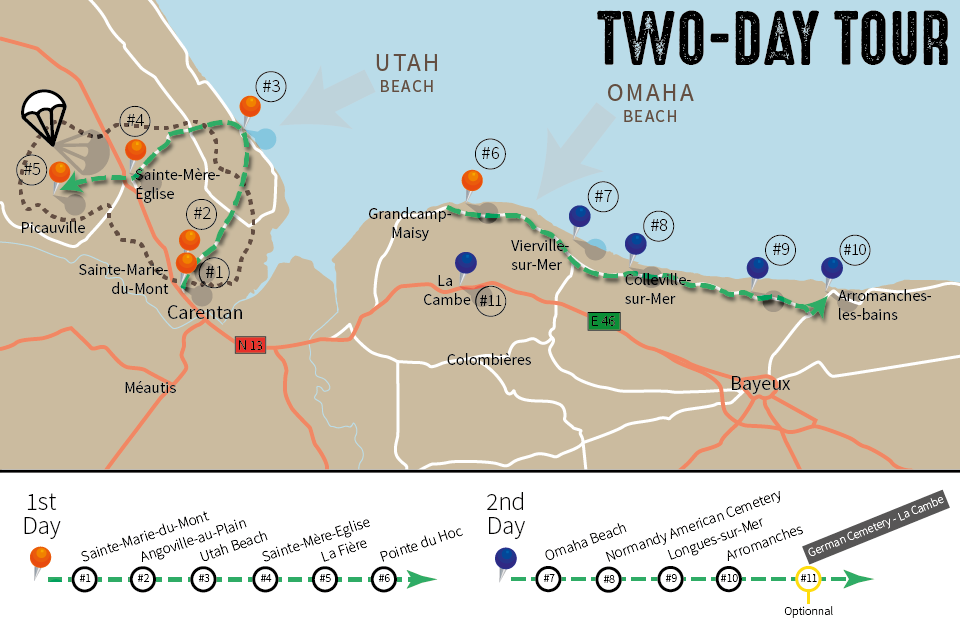 With a break for lunch, not included in the price.

Sites You Will Visit On The Two Day Tour – Day 1

On the morning of June 6th, 1944, two medics from the 101st Airborne set up an aid station inside the church of Angoville au Plain. For the next two days they would treat over 80 men, both German and American. Although this is a less known site, the significance of the church and the heroics of the medics still live on today.

The church has been left intact almost exactly as it was during the invasion and there are still traces of the heavy fighting that mar the building. As we walk through you will be able to see the area where the medics treated their patients as well as the benches that are still stained with the blood of the wounded from 1944. 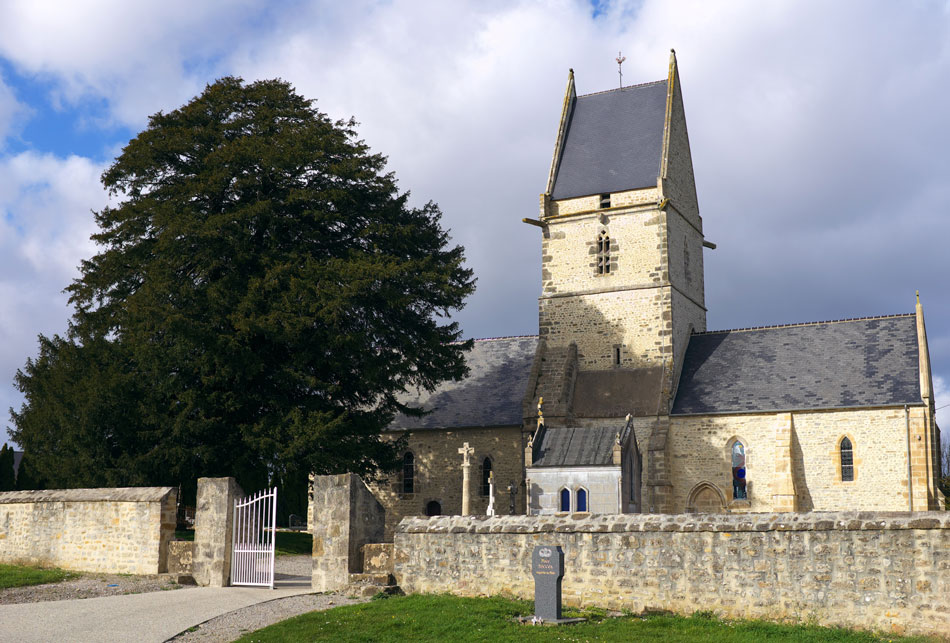 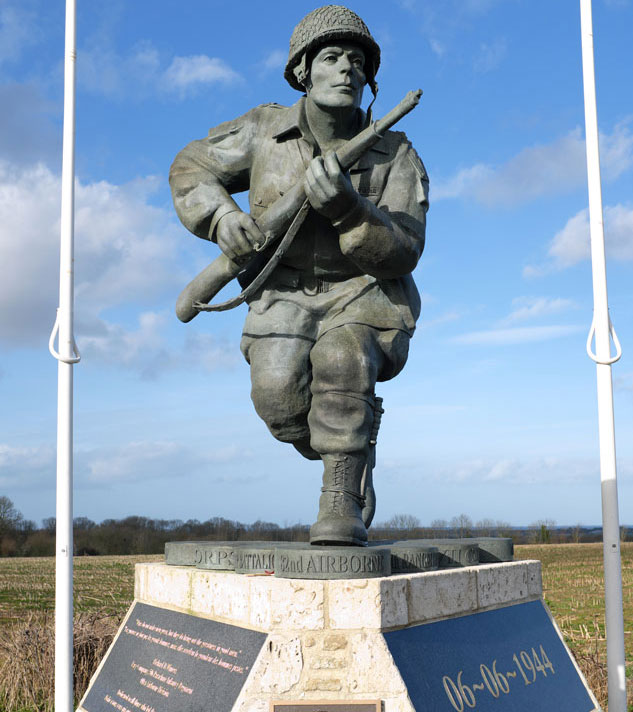 Sainte-Marie-du-Mont is a beautiful small village that saw heavy fighting during the D-Day invasion. As one of the main crossroads behind Utah Beach, the 101st Airborne received the objective of capturing and holding the city until they could connect with the troops that were landing on the beach. In the early morning of June 6th, ,the Airborne were dropped in the area and met with a quick but fierce battle.

Today the town has been preserved as it was in 1944, and as you walk through the area you will feel as though you stepped back in time. The effect of the fighting is still visible throughout the village from impacts on the sides of buildings to the bullet ridden confessionals inside the church.

As we view these areas you will have a better perspective of the fighting that took place here.

*After visiting St Marie du Mont, we will continue the tour as we head toward Utah Beach. On the way we will stop in different areas where men of the E Company, 506th PIR (Band of Brothers) fought including the Brécourt Manoir.

The westernmost landing beach, codenamed Utah, is an area where over 23,000 American troops landed on June 6th, 1944. Despite the troops being forced to land in the wrong area, which we will cover in more detail during the tour, this beach was a successful and vital part of the invasion.

Touring the beach, you will visit the iconic area where Theodore Roosevelt Jr. earned the Medal of Honor and learn more of the brave men who fought there led by the son of a former U.S. President. 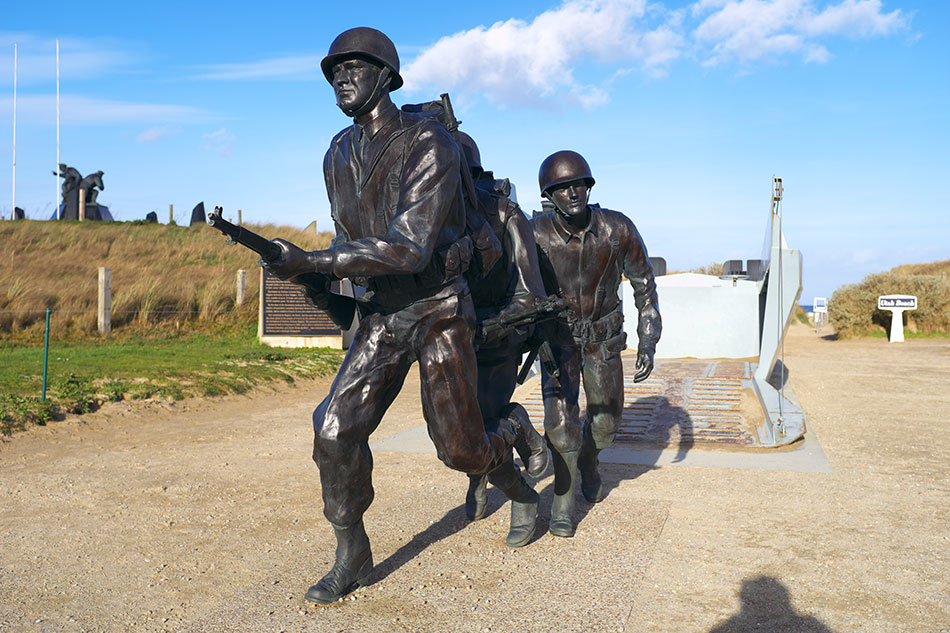 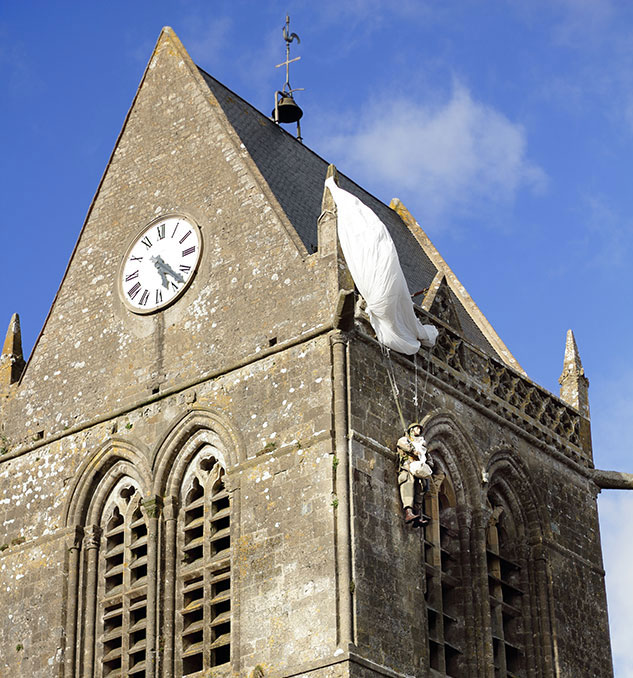 One of the most symbolic sites in the Airborne sector is St. Mère Eglise, a small peaceful village where paratroopers of the 82nd Airborne were misdropped during the early morning of June 6th.

Many recognize the iconic church in St. Mère Eglise, where there is a paratrooper hanging from the church steeple by his parachute. Join us as we go in the footsteps of some of the Airborne and tell of the first-hand accounts of this drop from the view of the civilians and paratroopers.

The less visited site of La Fière Bridge is surrounded by beautiful farm land and located on a peaceful and quiet country road. However, on June 6th, 1944, La Fière Bridge would be the location for a fierce battle that would wage from the 6th to the 9th of June. The strategic bridge was paramount for the Allies in order to be able to continue Westward across the Cotentin peninsula.

The 82nd Airborne, which was tasked with capturing the bridge, would lose hundreds of men before completing their mission. Today as we view the now peaceful area it’s difficult to imagine the horrific battle that took place here. As we walk through, we will explain why this strategic bridge was one of the keys towards victory in the Normandy Campaign. 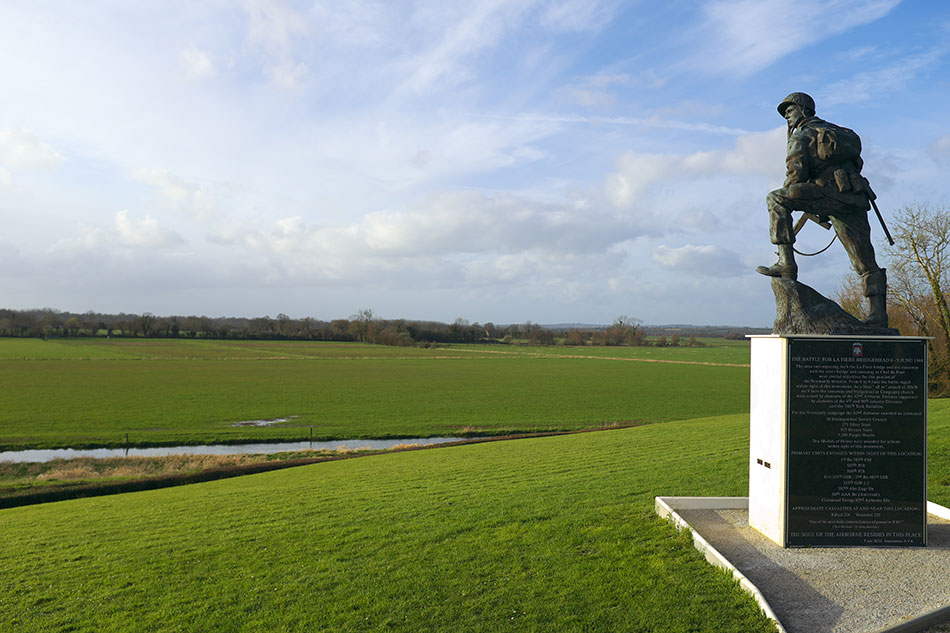 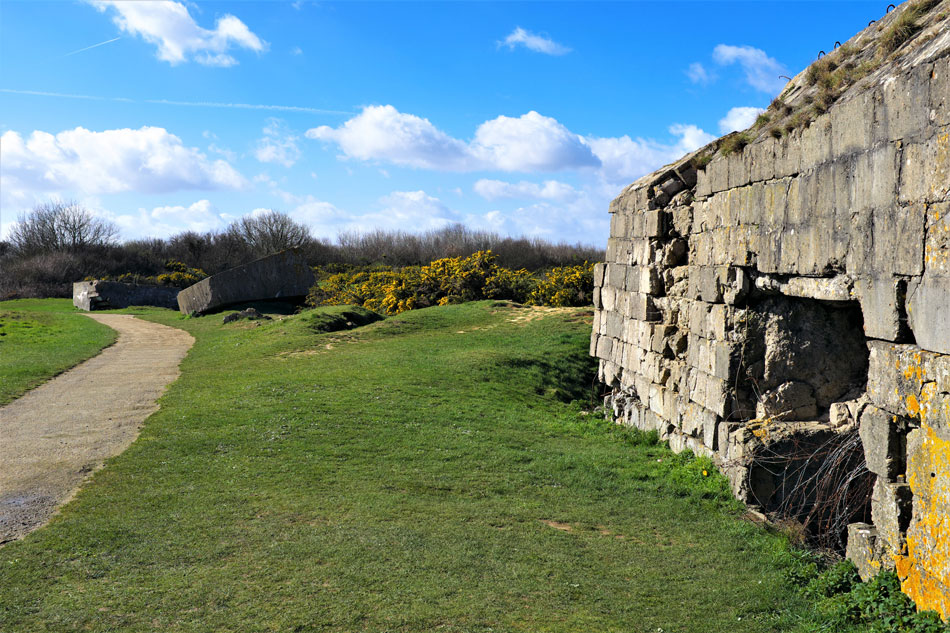 On June 6th, 1944, 225 men of the 2nd Rangers Battalion were given the difficult mission of climbing the 100-foot cliff of Pointe Du Hoc to neutralize a strategic German fortification. Today this hallowed ground serves as a symbol of the allied landing and of the high cost of the invasion.

The scars of war, including the craters created by the allied naval and air bombardment on June 6th and the previous months, can still be found at Pointe Du Hoc. You will also appreciate the complexity of the German defenses as you explore the bunkers left here exactly as they were in 1944.

Gazing across the beautiful beach to the English Channel, it’s hard to imagine the carnage that took place in this now peaceful area. On June 6th, 1944, over 34,000 American troops landed on Omaha Beach, a five-mile expanse of land. Of the five beaches that were assaulted that day, Omaha Beach suffered approximately 5,000 casualties, a number even greater than the sum of the other four allied beaches.

As you walk across sections of the beach and view the ground where some of these men lost their lives, you will have a better understanding of why this beach was given the nickname “Bloody Omaha”. 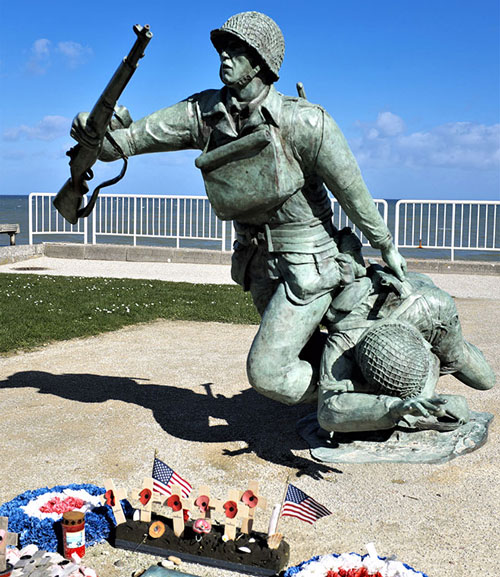 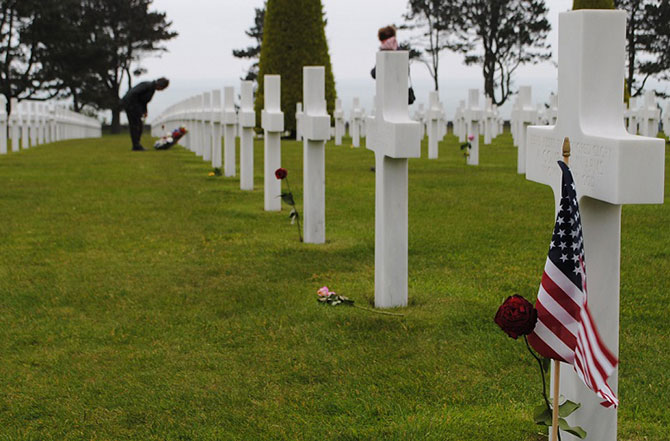 We will recount some of the personal stories behind a few of the individuals who are buried here and reflect and remember those who paid the ultimate sacrifice.

Today La Cambe, the largest German war cemetery in Normandy, is the final resting place for over 21,200 German military. The cemetery was first created in 1944 as a burial place for Germans and a temporary cemetery for the Americans. However, it was changed to German military only when the Normandy American Cemetery was created.

It’s a sobering experience to walk through and see the dark granite crosses and the tremendous amount of life that was lost during the Normandy campaign. As we go through the cemetery, we will recount some of the stories of those who were lost and gain a different viewpoint of the war. 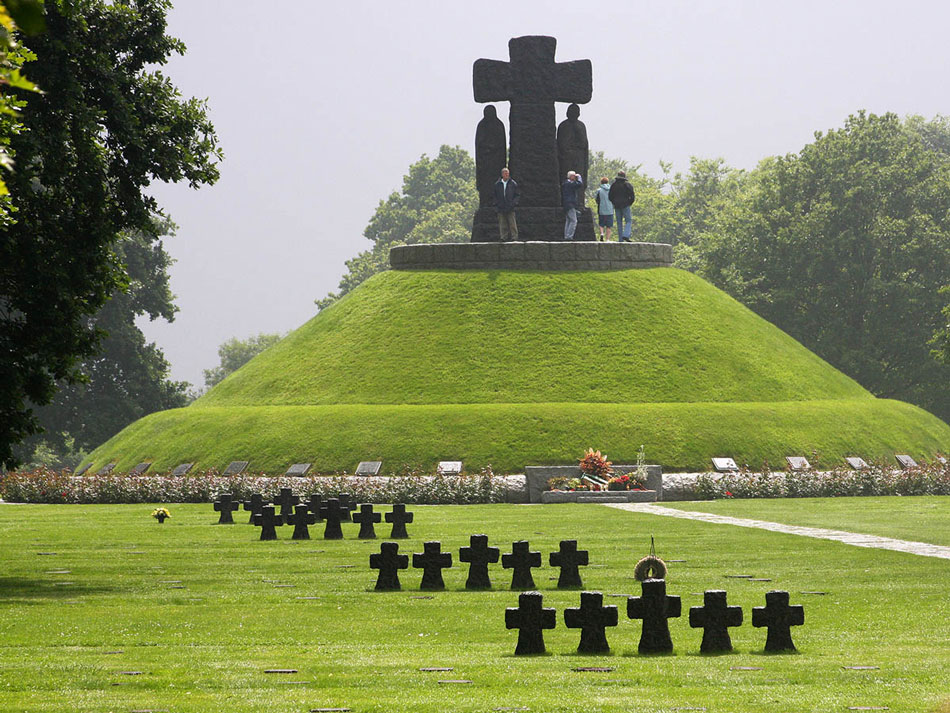 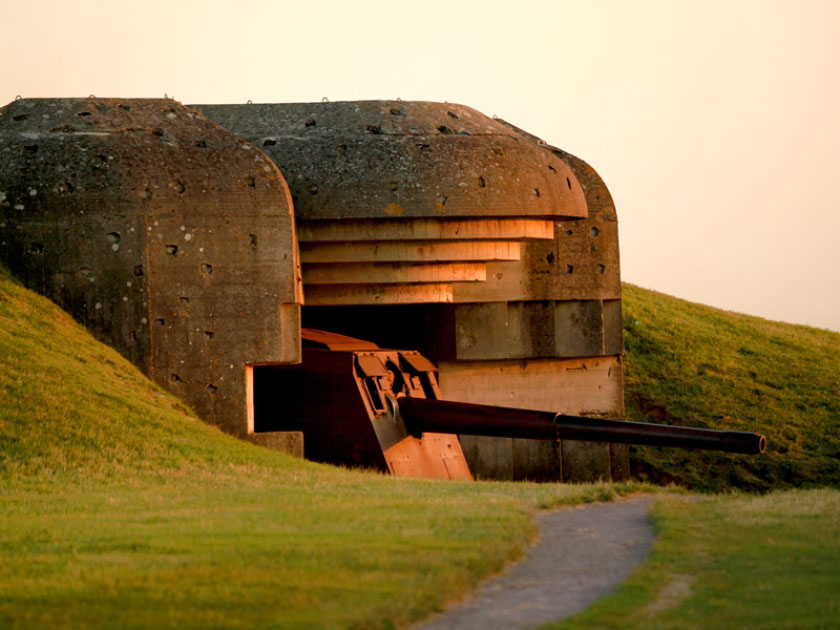 Today, Longues-sur-Mer is the only German fortification that retains all its original guns left in their emplacement as they were in 1944. This battery, which was part of Rommel’s “Atlantic Wall”, was used to fire on the Allied forces during the invasion on June 6th, and was taken the following day on June 7th , by British forces.

As we tour the area you will be able to see the magnitude of the German fortification and gain a better understanding of what the Allied forces were facing that day. The damage from the battle is still visible throughout the battery and is an impressive reminder of the large-scale weapons of WWII.

As you walk the beach and view the remnants of the harbor, we will talk about the complexity of this secret operation and the inner workings of the harbor. 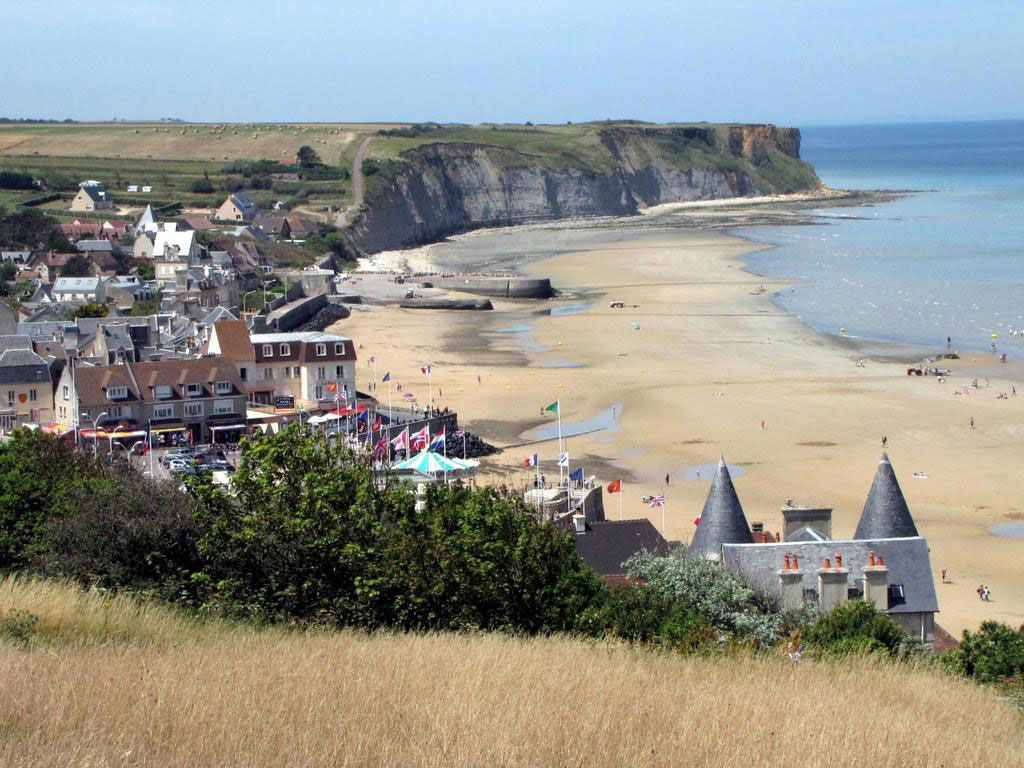 Your details will only be used to answer your request.